Mr. Moavenian told the following story on the Menbar (platform). There has been a gentleman, of our scholars, our senior scholars, who had also performed Reyazat under the supervision of Hajj Sheikh Hassan Ali Nakhodaki Isfahani for eight years. He said that Ayatollah Borujerdi once asked him, “Why your menbar has this particular feature that I, as a Marja’ and leading faghih, whenever I sit at your lectures, I still benefit; the public also benefits; the university scholars also benefit.” He said, “Well, this is by the grace of God.” Mr. Borujerdi insisted that there has to be a secret behind it, and you should tell me the secret.

He said that, to be honest, I went to Samarra and I knew that all the secrets are there.

It was a Thursday night. The custodians of the shrine were Sunnis. Before these blow-ups, there were these Sunni custodians. I gave them a hefty sum of money and asked them to close the door on me (in the evening). [I said], “I, an old man. I do not bother anyone. Let me stay inside the shrine this Thursday night.”

They agreed. What did I do? It was the morning twilight. I went and sat by the head of the Askariyan (Balasar) on the carpet.

There are two traditions among Arabs. One is that whenever you are at someone’s table (sofreh, in fact), you are their guest, and he says Bismillah, please have something; and you say I don’t; he asks why not? You say, “I won’t eat until you fulfill my wish!”. He will fulfill your wish whatever it was. Because he considers it an insult to himself if you do not eat.

The second tradition is this: If someone goes to the house of someone else’s father and sits on the carpet of his house; and he says to him, that beacause I have sat on your father’s carpet, in the honor of your father, fullfil my wish (need). The Arab says that if I can fullfil his wish and I don’t, I have disrespected my father. Becasue he has taken refuge on my fathers carpet (and in his house).

Then, this noble scholar said tha the doors were closed. It was midnight, in Samarra, a Thursday night. I went and sat on the carpet of the Al-Askari Shrine.

I said, “O’ Baqiyatullah! This is your house. Your parents’ house; and I am sitting on the carpet of your father’s house. If you don’t give me my need (wish), it would be disrespect to your father, Imam al-Askari–God forbid. It would be a disrespect to (your grandfather) Imam al-Hadi

And my wish is this–We don’t want from you other than you, give Halva to whom that has not tasted love–I want to see you.

I saw the Sun rose: Imam al-Asr (Mahdi) entered from the door opposite the Qibla. O he whom the cloak of kinghood is befitting his shoulders. I was stunned. I was so mesmerized by his glory that I could not stand up (in respect). I could not even say Salam.

He came and stood by my head. Smiled. Said Salam.

I returned the Salam, shaking.

“What do you want? Whatever you want, I will give it to you tonight, for the sake of the carpet of my father’s house.“

I started crying. I said, “Sir, I only ask God for your health.”

(A poem:) I told myself that when you come, I will tell you the sorrows of my heart. What do I say? The sorrows go out of the heart when you come. “I don’t want any else from God. Just your health.”

He repeated, “No, ask! I am telling you (to ask). Whatever, you want, in the honor of the Ziyarat of my grandfather, my mother and my father, I will give it to you.”

I said, “Only your health.”

I said, “Only your health.”

“You don’t know how to panhandle from a Karim (genrous).” “You did not ask from me. But I, myself, will give you knowledge.”

(Poem:) Panhandling in this house is a novel (amazing) elixir. If you can do this, you can turn soil into gold.

Credit to the following Menbar: 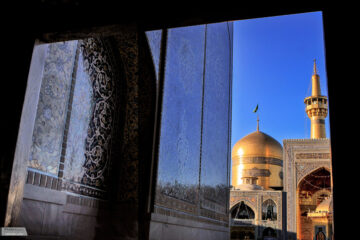 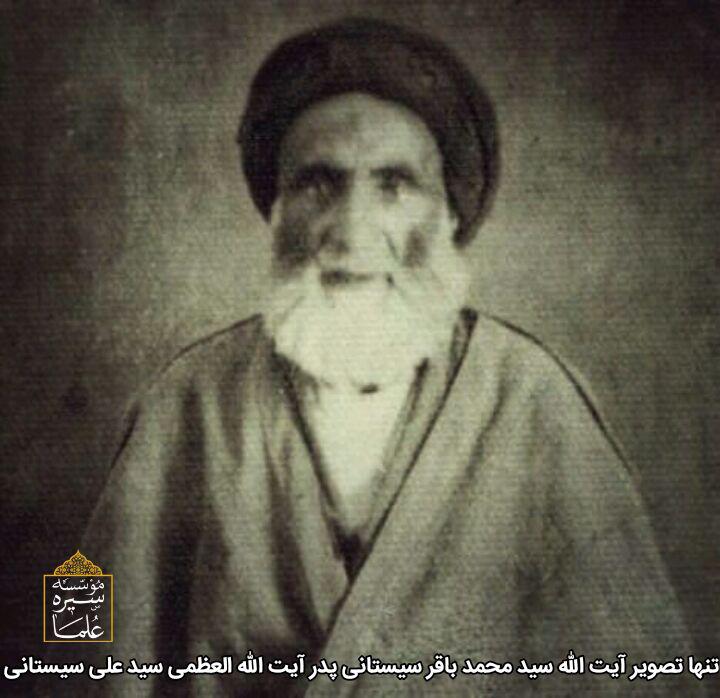